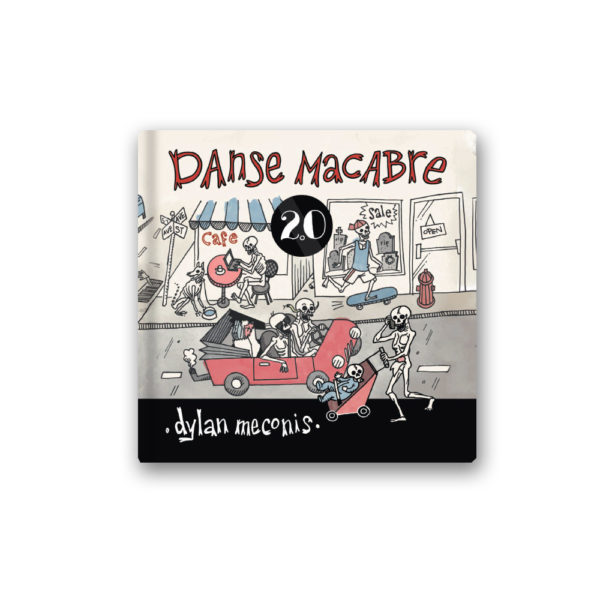 This wee, kooky little boutique art book brings the joys of medieval death to the people of the 21st century!

More About the Book
Book Dimensions

The Dance of Death, also known as the Danse Macabre or the Totentanz, was a very popular theme in the art of the Middle Ages. The infamous black plague carried off kings, cardinals, and commoners alike, striking without warning.

It was enough to really get a person down, but artists of the era responded with surprisingly good humor. Lively illustrations depicted common society types doing the medieval equivalent of the Funky Chicken with a cheery and worm-eaten Death.

This wee, kooky little boutique art book updates that theme for the people of the 21st century. Measuring in at adorably just over 5×5″ (12.7 cm), it features 48 full-color pages of art and snarky commentary (in rhyme!) on the inevitable demise of such loathsome modern figures as:

Also included are several images from the famous Heidelberger Totentanz of 1488 that inspired this volume, along with nerdy historical commentary by yours truly, and a scintillating intro by the internet’s favorite mortician and best-selling author Caitlin Doughty of Ask A Mortician and Smoke Gets In Your Eyes!